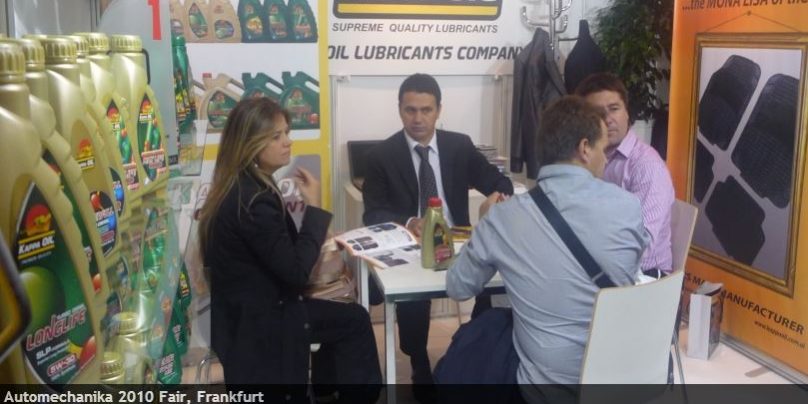 Organized in Paris, France on October 2007, Equip Auto 2007 is an internationally well known fair in the auto industry, wich around 1800 worldwide companies participated not including the visitors number that reached over 100.000 persons, the fair streched over 160 000 m2.
KAPPAOIL sh.a is the fist and the only Albanian company participating in this giant event with a national importance, presenting herself as one of the biggest balkan companies in the lubricants & car mats fields.
This important regional event situated in the center of Europe made possible a further consolidation of cooperation between dhe Mediterranean states, making possible for KAPPAOIL sh.a with its products to get the attention not only of the European market, but also that of Northern Africa.

KAPPAOIL is an independent company established on 1992 by its President Mr. Krenar Lasko  . The company is involved in importing,manufacturing and trading  of an wide range of high quality lubricants.